A new report recently released by the United States Geological Survey (USGS) has confirmed that wastewater from hydraulic fracturing (fracking) operations is causing earthquakes, and the report also revealed that Oklahoma has experienced the most quakes in the central and eastern regions of America, which are believed to be the result of human activity.

New earthquake hazard maps were released by the USGS along with the report.

On the new maps, 17 hot spots were highlighted. These highlighted regions are the communities that are at a notably greater risk of earthquakes, and the accompanying report links these quakes to injection wells that are utilized to dispose of wastewater used in fracking operations.

The chief of the National Seismic Hazard Project for the USGS, Mark Peterson, said that “We consider induced seismicity to be primarily triggered by the disposal of wastewater into deep wells.” Peterson also stated that the “earthquakes are occurring at a higher rate than ever before, and pose a much greater risk and threat to people living nearby.” 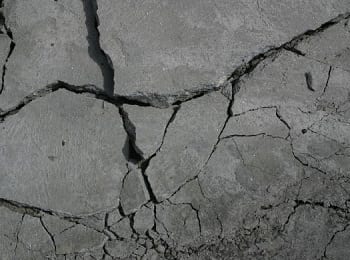 The earthquake hot spots indicated on the map include parts of Oklahoma, Texas, Kansas, Arkansas, Ohio, Colorado, New Mexico, and Alabama. Not so long ago, many of these states were once regions in the U.S. that were the least likely to experience earthquakes. However, high oil prices encouraged fracking production in these areas, as companies sought to drill for the oil and gas found in underground rock.

Oklahoma’s earthquake rate is now 600 times higher than it was prior to fracking.

Oklahoma state records reveal that in 2013, drilling companies injected over 1.1 billion barrels of wastewater into the ground. Then, in 2014, the state experienced more magnitude-3 quakes than California. All of the quakes could be linked to wastewater injections wells. According to the USGS, based on Oklahoma’s natural seismicity, the state’s present earthquake rate is 600 times higher compared to its rate prior to fracking.

Currently, there is no method for treating, storing, or releasing the billions of gallons of wastewater at the surface, so drillers pump the waste fluid back underground into wells that are below groundwater, and this sometimes results in earthquakes.

Researchers believe the more studies could aid authorities in finding ways to better control the risk of earthquakes created by fracking wastewater. In addition, there are proposals for creating improved seismic sensors that would have greater potential for tracking earthquakes smaller in magnitude.