Auto industry is divided on the fuel cell versus battery debate

The auto industry is growing more competitive on clean transportation. Several automakers have plans to release fuel cell vehicles in the near future, with some opting to commercialize these vehicles as early as next year. Focus on fuel cell vehicles has caused some disagreement within the auto industry, as some companies believe that these energy systems are an expensive gamble while others claim they are the future of clean transportation. Nissan, the maker of the world’s most popular electric vehicle, the Leaf, is not convinced that fuel cells are viable.

Nissan vice chairman Toshiyuki Shiga believes that a focus on battery electric vehicles is better option than investing in hydrogen fuel cells. According to Shiga, automakers should be doing more to promote conventional electric vehicles rather than focus exclusively on fuel cells. Electric vehicles are still trying to establish a foothold in the consumer market. While these vehicles have been available for several years now, consumers have been slow to embrace battery electrics because of their high cost and relatively low efficiency when compared to more conventional vehicles. 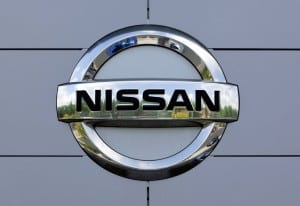 Promoting battery electrics may help consumers become more comfortable with the concept of clean transportation. In turn, this could ensure the long-term success of companies that are building clean vehicles.  Conventional electric vehicles already have a relatively robust infrastructure in place that can support them, while fuel cell vehicles lack this infrastructure. Automakers promoting battery electrics may be able to buy more time for their future fuel cell vehicle plans, allowing an infrastructure to take form without having to worry about whether or not fuel stations will be available by the time they launch their new vehicles.

Consumers have shown little interest in clean vehicles in the past, but the demand for these vehicles has been steadily growing over time. Nissan intends to continue focusing on promoting its electric vehicles for the foreseeable future, but the company has also shown some interest in bringing a fuel cell vehicle to the market. 2