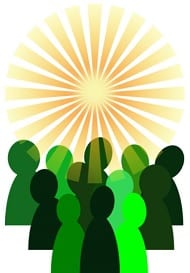 Program launched to bring solar power to the poor

The government of Peru has launched an ambitious new program focused on solar energy. The country has been growing more attractive as a solar market in recent years as energy developers around the world begin to look for opportunities outside of already well established markets. The new program launched by the government is expected to add a significant degree of momentum behind the continued growth of solar energy throughout the country as well as address the growing demand among consumers concerning new forms of energy.

The National Photovoltaic Household Electrification Program, as it is called, was first formed in July of 2013, but has only recently begun living up to its purpose. The program is meant to provide solar energy systems to more than 2 million of Peru’s most impoverished residents. These people would be able to obtain these systems for free and would not have to pay for the electrical power that the systems generate.

By the end of 2016, government officials believe that the program will allow 95% of the country to have access to electrical power. Currently, many of the country’s impoverished communities lack access to a reliable energy source and many communities throughout the country fall victim to frequent blackouts. Solar energy can help put this problem to rest, giving communities a way to generate power from an inextinguishable source.

Program may be a boon for solar technology developers