A by-product of Beaufort cheese is helping to generate clean electricity.

A power station in Albertville, in Savoie, located in the French Alps, is generating clean energy from cheese. More specifically, bacteria are added to a by-product of Beaufort cheese known as skimmed whey. The bacteria mixed with the whey create a combination of carbon dioxide and methane, better known as biogas. The gas is used as fuel to heat water, which produces electricity and is sold to energy company EDF, reported The Telegraph.

The power plant generates enough electricity to power a community of over 1,000.

The power station, which was designed and built by energy-to-waste company Valbio, is capable of producing a minimum of 2.8 million kWh (kilowatt hours), annually. This is enough energy for a community of 1,500 people.

François Decker of Valbio said that “Whey is our fuel.” Decker added that “It’s quite simply the same as the ingredient in natural yoghurt.”

Not all the leftovers produced by the Beaufort cheese-making process are used to generate clean energy. 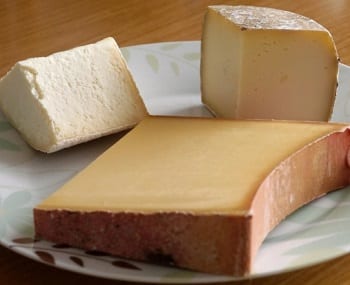 Full-fat milk is used as part of the process to make Beaufort cheese. Cream and whey are left over once the process is complete. While the whey is used to make biogas, the cream is used to make butter, ricotta cheese and protein powder, which is utilized as a food supplement.

A cheese-based power station is not an original idea, but what makes the one built by Valbio in the French Alps so notable is that it is one of the biggest of its kind, anywhere.

That being said, the company first built a prototype plant a decade ago, setting it up near where monks have been producing cheese as far back as the 12th century. Since this time, approximately 20 other small-scale cheese-powered stations have been constructed in France, as well as in other European countries and Canada. Additionally, more biogas plants of this type have been proposed for Italy, Australia, Uruguay and Brazil.

In addition to cheese, waste-to-energy companies have also been using other products, such as beer, wood waste, animal waste, and food scraps to generate clean energy. The various forms of green fuel that is produced are used for a variety of purposes, such as to power facilities, communities and vehicles, and more. It will be interesting to see what food researchers will make energy out of next.