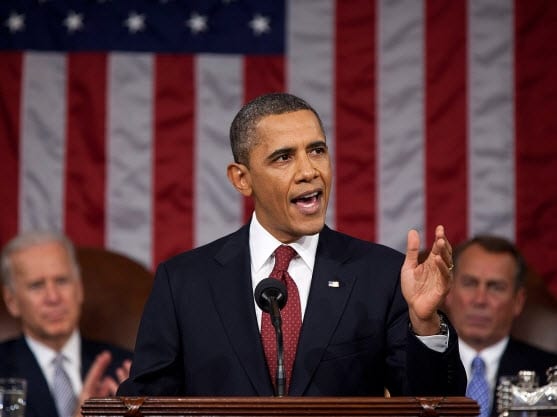 During the State of the Union address given this past week, president Obama outlined a new comprehensive energy plan.

In his speech, Obama introduced what he called an “all of the above” plan that would have the government focus on every alternative energy options currently available, including hydrogen and wave power. The plan aims to increase the nation’s energy independence by creating a future in which America was in control of its own energy production.

While the plan was praised for its focus on alternative energy, it also was subjected to criticism because its “all of the above” approach also includes fossil-fuels. The president plans to increase fossil-fuel development in the U.S. The plan will seek to make these energy systems more efficient while looking for alternatives to oil. With foreign oil becoming more expensive, fuel efficiency is now a major concern. Obama notes that oil is not enough to sustain the country, however, and mentioned the possibility of harvesting shale gas from beneath the earth’s surface.

Support for renewable energies will gain momentum this year, as suggested by the recent budget changes for the Department of Energy.

Obama claims that new legislation will be introduced in the coming months that would provide companies with energy tax credits, which would encourage them to adopt clean technologies and fuels. Though the plan is ambitious, it may also be detrimental to progress. Such a broad approach to energy sustainability will spread thin the resources of the country, slowing advancement of renewable and their application.