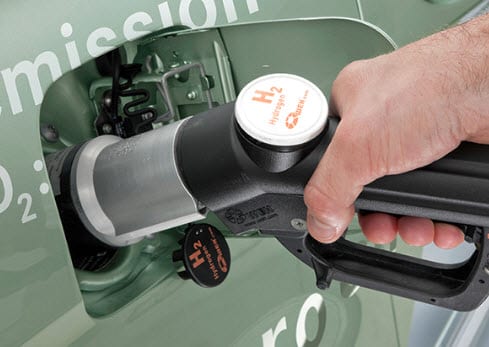 California has been a major advocate in the adoption of hydrogen powered vehicles. The state currently boasts of the most robust hydrogen fuel infrastructure in the country, rivaled only by Hawaii and Connecticut. Recently, the California Fuel Cell Partnership (CaFCP) revealed a sleuth of guidelines that were meant to direct the state’s course in its adoption of hydrogen transportation and secure its place in the emerging hydrogen market. These guidelines, often referred to as a “road map,” produced many questions amongst consumers. Now, the CaFCP is looking to address the uncertainty surrounding the initiative.

The CaFCP has released a new report called “A California Road Map: The Commercialization of Hydrogen Fuel Cell Vehicles.” The report outlines the basic premise of the state’s hydrogen transportation initiative and what is being done to boost the adoption of hydrogen-powered vehicles. The report comes with an infographic, which breaks down the primary directives of the initiative into consumable information. The CaFCP hopes that the report, along with the infographic, will help consumers better understand what the state is doing in terms of hydrogen transportation.

The infographic iterates the fine points of the CaFCP plan in a straightforward manner. According to the initiative, hydrogen-powered vehicles are capable of traveling up to 400 miles on a single tank of fuel and produce no emissions. The infographic also notes that the hydrogen that will be used to power these vehicles will be produced domestically and from renewable sources, such as wind, solar, and natural gas. It also highlights the financial aspects of the endeavor, claiming that an additional $65 million in funding is needed to ensure the state’s hydrogen fuel infrastructure is ready for demands the market may see.

California’s plans for hydrogen transportation are ambitious. It is currently the only state with such an extensive plan to promote the adoption of hydrogen powered vehicles and bolster its own fuel infrastructure. Similar plans exist in other states, but none are quite as expansive. If successful, this plan may make California the ideal market for the launch of hydrogen powered vehicles in the coming years.

Hydrogen storage and the search for new materials