A team of researchers from Ruhr-Universitat Bochum have made a breakthrough in artificial photosynthesis. Over the past year, the research team has been working to create a bio-based solar cell, which would make use of organic materials to produce electrical power from sunlight. Researchers succeeded in their endeavor and have been working on ways to improve the energy properties of their artificial leaf. Currently, this biologic solar cell can only produce nanowatts of electricity.

The research team has announced that it has begun improving the efficiency of its artificial leaf. In the coming months, the solar cell is expected to produce microwatts on the same scale as implanted medical devices. Researchers aim to make their solar cell more efficient by focusing their attention on the use of a protein complex called photosystem 1 (PS1). This protein complex is essential to the photosynthesis, working alongside photosystem 2 (PS2) to enable plants to generate the energy they need to survive. 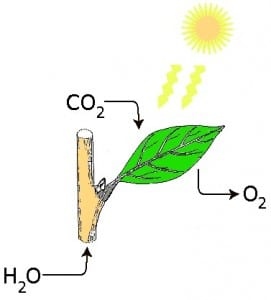 Researchers have plans to create a solar cell that uses both PS1 and PS2 complexes, but are currently focusing their efforts on better utilizing the former. The team has created their own redox hydrogels that can conduct electricity and connect enzymes to electrodes in a relatively efficient manner. Combining PS1 with the team’s hydrogels produced the highest photocurrents that have ever been observed from semi-artificial, bio-photoelectrodes.

Artificial photosynthesis could be the key to efficient solar energy

The breakthrough could have major implications for the future of solar energy. Finding better ways to tap into the power of the sun has become a major priority and artificial photosynthesis may be the best way to make use of solar power efficiently. There are challenges to overcome, however, such as scaling up current bio-solar cells to see if they can perform on par with more conventional photovoltaic technologies. Time will tell whether or not artificial photosynthesis is able to make solar power more viable as a primary energy source in the future.