Researchers from the Argonne National Laboratory and the Illinois Institute of Technology have been awarded funding from the Advanced Research Projects Agency – Energy (ARPA-E). The agency is part of the Department of Energy and was formed specifically to reward high-risk, high-reward clean energy and technology projects with funding and technical support. The agency has issued funding to support the development of hybrid fuel cells that can turn methane into liquid fuels.

Methane is growing in popularity, but remains expensive to transport and use effectively 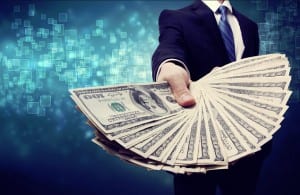 Methane is somewhat abundant currently, thanks to the growing popularity of natural gas. Tapping into natural gas is a relatively inefficient and environmentally hazardous affair, but this fuel is quickly becoming a popular alternative to coal and oil. Methane is expensive to transport in its gaseous state and is, therefore, used sparingly in most cases. A fuel cell that could convert this fuel into a liquid state could make methane significantly more valuable. This is the purpose of the hybrid fuel cells being researched by the Argonne National Laboratory and the Illinois Institute of Technology.

One of the challenges that researchers face is developing a low cost fuel cell. This is a complicated issue, as most fuel cells make use of platinum, which forms their catalyst. Platinum catalysts allow for a fuel cell’s electrochemical processes to occur and a suitable alternative has not yet been found. Similar catalysts made from less expensive materials tend to perform more poorly than their more conventional counterparts. As such, fuel cells have remain prohibitively expensive to use for several years.