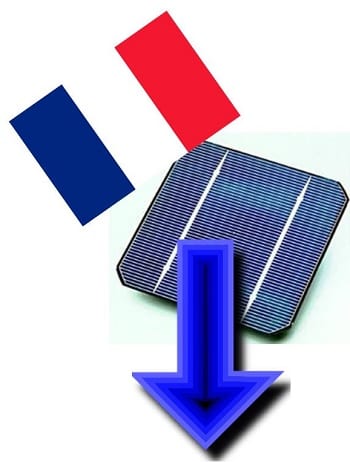 France has been on track to embrace renewable energy more aggressively recently, but some of the country’s initiatives are failing to find the traction they need to support the growth of clean power. In the wake of Europe’s sovereign debt crisis, many countries began to turn to clean power for the sake of economic stability. France is one such country and it has focused somewhat heavily on solar power. Despite government initiatives designed to promote solar energy, progress toward a solar powered future has been sluggish.

The French General Commission on Sustainable Development has released data that shows only 613 megawatts of solar capacity was installed in France throughout 2013. The data shows that more than 1.15 gigawatts of capacity were installed in 2012. There was a significant decline in solar installations last year despite the availability of a feed-in tariff that as designed to support the growth of the solar sector. The decline in the popularity of solar power may have the French Energy Council put the feed-in tariff to rest.

Feed-in tariffs can be difficult to manage

Feed-in tariffs have become a popular way to promote the adoption of solar power, but these initiatives can be costly and difficult to manage. Germany had once boasted of the most aggressive solar feed-in tariff in the world, but the initiative proved so successful that it threatened the government’s financial stability. Germany made drastic cuts to its initiative, but managed to establish a strong position within the solar power sector. Japan currently boasts of the world’s most ambitious feed-in tariff when it comes to solar energy.

Supporters of France’s feed-in tariff suggest that it is needed to encourage the adoption of solar power. While solar installations fell in 2013, the feed-in tariff remains a popular selling point for solar energy. Supporters suggest that other initiatives could be designed to further incentivize the adoption of solar energy among homeowners and businesses.