A new kind of wind farm could soon be under construction in France. The wind farm is meant to serve as a demonstration for new wind turbine technology, which would create “stealth” turbines. Wind farms have often been criticized for their impact on ground radar systems. The blades of a turbine interfere with radar signals by returning them to their origin. As such, ground radar systems can sometimes confuse wind farms for aircraft and weather systems. Aircraft that fly over wind farms can also be made undetectable by the interference created by wind turbines.

Wind turbines have a problematic effect on ground radar systems

Modern radar systems can determine the difference between a wind turbine and other things, but older radar systems are still heavily used. In the U.S., some 10,000 megawatts worth of wind energy projects had been halted due to issues relating to older ground radar systems. Stealth turbines may be the solution to this problem. These turbines would not encounter any problematic issue with radar systems as they would be invisible to radar signals. 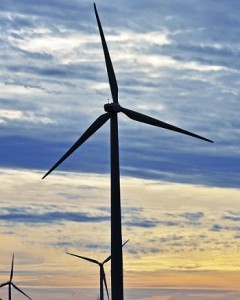