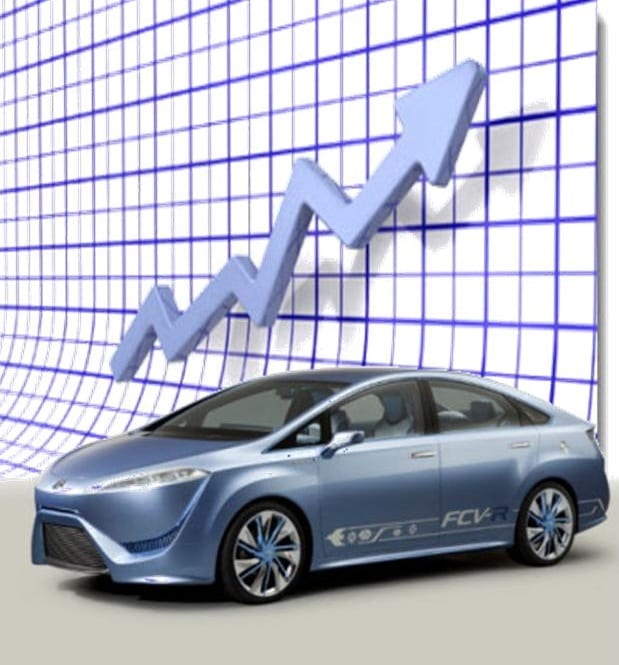 Japanese automaker Toyota has become one of the strongest supporters for hydrogen fuel in the auto industry. It is no secret that the company is working on a new hydrogen-powered vehicle of its own, but Toyota recently announced that this vehicle is likely to be available by 2015. While the initial launch of this vehicle will be restricted to Japan, it will make Toyota one of the few in its industry that brings a hydrogen-powered vehicle to the market. Toyota has unveiled the price range for its future vehicle this week.

Cost continues to be a problem for fuel cells

The cost issue has been somewhat problematic for fuel cells over the years. High costs have kept many consumers away from these energy systems, favoring other forms of clean power or fossil-fuels. Toyota, along with several other companies spanning multiple industries, has been working to develop a low-cost fuel cell, but these efforts have been slow going and have yet to be met with any significant success. Where low-cost fuel cells have been developed, introducing them to the market has proven difficult due to the extensive testing required to ensure they are viable.

Toyota is currently testing some 100 hydrogen-powered vehicles in real-world conditions. These tests are meant to provide the automaker with the data it needs to better understand the capabilities of hydrogen fuel and its use in transportation. Thus far, the tests have generated positive results, encouraging Toyota to put more emphasis behind its use of hydrogen fuel and expedite its plans to launch a new generation of vehicles.