Biofuel could become cheaper as scientists have shown for the first time that it is possible to lower lignin in plants by tweaking an enzyme; a discovery which could be highly beneficial to the bioenergy industry. The technique discovered by the scientists from the United States Department of Energy’s Lawrence Berkeley National Laboratory (Berkeley Lab), could help reduce the cost required to convert biomass into carbon-neutral fuels used to power cars and other sustainably develop bio-products, reported Phys.org.

Lignin is a natural part of a plant. It is a polymer that is vital to both a plant’s health and structure. However, this polymer also seeps into plant cell walls and surrounds the sugars trapped inside. This creates a massive challenge for scientists who use microbes to ferment the sugar, which is transformed into useful fuel and chemicals. The reason is that lignin must undergo a pretreatment step and be chemically broken down before the plant’s sugar is fermented; a step that is quite costly. That being said, the less lignin a plant has, the less expensive the pretreatment step becomes.

According to the journal Plant & Cell Physiology, where the research was published, the Berkeley Lab scientists approached the lignin challenge in a unique way. They focused on a specific enzyme called HCT. This enzyme plays a major role in synthesizing lignin in plants. Typcially, HCT binds with a particular molecule during the lignin production process. The researchers investigated whether the enzyme would bind with several other molecules that are similarly structured to the original one to which it binds, and discovered that HCT isn’t overly picky when it comes to accepting molecules. 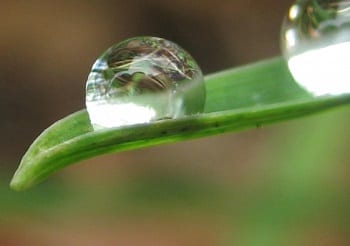 Knowing this, the scientists introduce another molecule to HCT that inhibits the enzyme’s ability to support a plant’s lignin production. Initial tests involving this new technique showed a 30% reduction in lignin production and an increase in sugar production.

This technique that may lead to potentially cheaper biofuel is also better for plants than current lignin reduction methods.

The new technique shows more promise for allowing scientist to choose where they want to reduce the polymer in the plant, as well as when they want it reduced. This would be far more favorable to the present method used to lower plant lignin, which basically inhibits lignin-producing genes, decreasing the polymer throughout the plant for its full lifespan. This, in turn, weakens the plant and results in a lower sugar yield.

While more research still needs to be conducted, the scientists’ breakthrough appears to be a step in the right direction for reducing biofuel production costs.