The United Kingdom government has launched a new fund that has a very specific focus on fuel cell vehicles. The fund is designed to accelerate the launch of these vehicles throughout the country while also bolstering its hydrogen fuel infrastructure. The fund has some $13 million at its disposal and represents one of the government’s most aggressive displays of support for clean transportation that has been seen in recent years.

Fuel cell vehicles have managed to generate some momentum within the UK market. While these vehicles are not widely available in the private sector, some government agencies have been using fuel cell vehicles for test purposes. Some of London’s famous black cabs have also been equipped with fuel cells for the sake of clean transportation. Consumer interest in these vehicles has been growing slowly over the past two years, and the UK government believes the time may be right to expedite the launch of this vehicles. 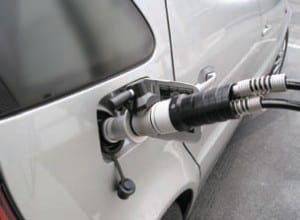 The United Kingdom has become a strong supporter of clean transportation. The country wants to see all of its vehicles produce low or no emissions by 2040. This may be an ambitious goal, but the imminent launch of fuel cell vehicles may help provided some momentum to this initiative. Conventional battery electric vehicles are likely to remain the most famous alternatives to traditional vehicles among consumers, but fuel cell vehicles may gain popularity as they become more efficient and less expensive.