Uruguay is among the leading countries that are embracing renewable energy. World leaders are flocking to Paris, France to negotiate terms concerning the fight against climate change, highlighting emissions reduction and clean power, and Uruguay may serve as a prominent example of what can be accomplished through a focus on renewable energy. Converting to a sustainable society has proven difficult for large countries due to their strong reliance on fossil-fuels, but fighting climate change is quickly becoming a top priority for these countries.

Uruguay has reached a major milestone in terms of clean power. The country now generates 95% of its electrical power from renewable sources. Uruguay relies on a variety of clean power solutions, from wind energy to solar arrays, hydropower, and biomass. Renewable energy now accounts for 55% of the country’s energy make up, well over the global average of 12%. The country has managed to reach a major milestone with renewable energy in a relatively short amount of time. 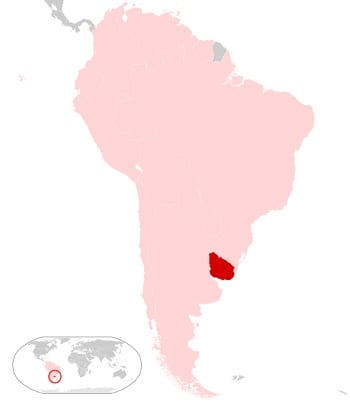 In 2008, Uruguay introduced an ambitious, 25-year energy plan. Through this plan, the government has been showing more support for clean energy. Various clean energy projects have managed to find success in the country, and these projects have actually helped reduce the overall cost of electrical power. Energy prices today are much lower than they had been in 2008, largely due to the renewable energy systems that have begun generating a large quantity of electrical power.

One of the factors that has improved Uruguay’s renewable energy sector is the close relationship between the country’s private and public sectors. These sectors have embraced clean energy aggressively, with state-owned electric companies promoting the use of clean power through a variety of power purchase agreements with private firms. The country’s political groups have also shown strong support for renewable energy, making it easier for new energy projects to take form.