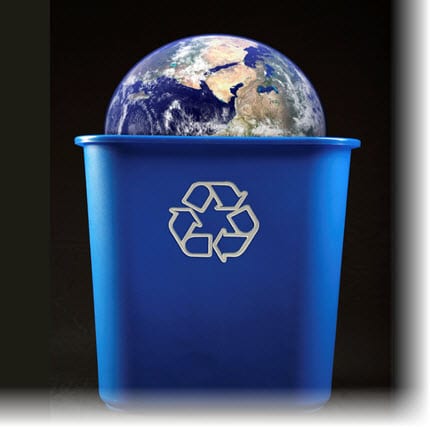 For year, industrialization has been linked to prosperity. While prosperity is a coveted goal of many countries around the world, it is not without its consequences. Prosperity often means a growing population. As a populace expands, resources become more strained. As resources become scarcer, the continual growth of a population is put at risk. There is a largely untapped resource that is produced by large populations that could resolve problems concerning such a problem, however. This resource is waste.

A new report from the Worldwatch Institute suggests that waste is presenting daunting environmental and health management challenges around the world. The report notes that a portion of this waste is recycled, but much of what is left behind is ignored. Due the industrialization of several developing countries and growing populations around the world, the report indicates that more than 2.6 billion tons of waste will be produced each year by 2025, double the 1.3 billion tons of waste that is currently produced annually. Urbanization of new land and industrialization are cited as two primary contributors to the production of waste.

Waste could be a powerful energy source if used properly

Waste presents a serious problem for every country. These problems are compounded in countries that do not have effective waste management systems. Waste may not be completely bad, however, as it could be used to generate electricity. Microbial fuel cells, as well as other energy systems, are designed to convert organic waste into electricity through the use of particular bacteria.

Efforts to repurpose what is often considered garbage to be more useful have been gaining momentum all over the world. These efforts could effectively alleviate the environmental problems that are associated with this issue as well as help boost energy production. The report from Worldwatch suggests that municipal refuse could remain a significant problem unless the consumption habits of some countries are modified to some degree.