The world may soon be facing an “insurmountable” water crisis in the near future.

A study from the CNA Corporation, which has drawn information from over one hundred years, suggests that the world’s water consumption is six times higher now than at any other point in history. A rising population and a growing need for electrical power are contributing to this problem. The study suggests that there will be a 40% gap between the supply and demand of water, which could be a challenge that has no solution. 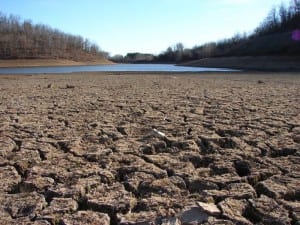 Much of the water used to generate electrical power is returned to the environment, but a significant portion of it is lost or contaminated, making it useless. Inefficient and unsafe practices are having a cumulative impact on the world’s water supply. As water becomes more scarce, it may become a resource that countries are willing to fight over.

Typically, when the demand for a resource outpaces supply, the price of this resource can be raised.

This is not something that can easily be done with water, however, as it is considered to be a right rather than a privilege. In countries where water is becoming increasingly scarce, political tensions are reaching new highs. Countries are beginning to look for new sources of water that can power their industries and sustain their populations, but this resource is expected to become rarer in the near future.

Renewable energy may hold the solution to these problem, at least for now.

The study from the CNA Corporation found that Texas has managed to avoid some problems relating to a dwindling water supply. The state’s use of wind energy has helped it overcome a major drought that it has been combating since 2011. Eventually, however, water will run out and a more permanent solution to this problem will be needed.