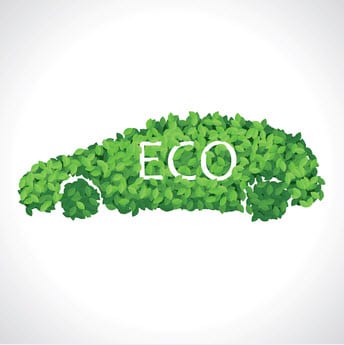 If you aren’t convinced about the benefits of green cars, then consider the following: cars and trucks in the United States account for one million tons of carbon dioxide emissions per day, EVsRoll.com reports. Americans alone consume about 400 million gallons of gasoline each year, which doesn’t exactly help the problem. However, cars today are about 20 times more efficient than they were 20 years ago, in addition to the numerous hybrid and electric vehicles that are on the market.

Yes, going green in today’s day and age isn’t only trendy, but it’s practical. Here’s a look at seven reasons why driving green should be one of your priorities:

If you don’t think that you can be cool and drive with the environment in mind, than look no further than the 2013 four-door Hyundai Sonata Hybrid. First of all, it’s affordable; Chapman Hyundai in Scottsdale, Ariz., lists it in the low to high $20,000 range. The 6-speed automatic sedan gets up to 40 mpg on the highway, as Edmunds notes, and the body style is incredibly stylish. Yes, it’s possible to ride green and ride in style.

Many hybrid vehicles come with very generous government incentives. For instance, the hybrid-electric Chevy Volt comes with a $7,500 federal tax credit upon purchase, which not only makes the sticker price much more manageable, but also gives drivers more of a reason to think green. State grants and tax cuts may also be available, depending on where you live.

Not all hybrid and electric cars come with the price tag of the Volt. There’s the all electric Nissan Leaf and Toyota Prius Plug-in, for instance, which start at $28,000 and $32,000, according to the official MSRPs.

Many drivers are concerned with the range of electric vehicles. Specifically, this is fear of such vehicles not being able to get the driver to where they want to go and back on a single charge. While

“range anxiety” may still be a factor on long road trips, most drivers travel less than 40 miles per day, DriveClean notes. That’s more than within the range of a Nissan Leaf and Prius Plug-in. For those looking to go green, but still concerned with range, there’s the Chevy Volt, which is both a hybrid and electric vehicle. Once the Volt’s on-board battery expires, the vehicle drive train automatically converts to its combustion engine.

Save at the Pump

In hybrids, trips to the gas pump are much fewer and farther between, meaning you save money because you can drive more in between fill-ups. With electric vehicles, simply pull your vehicle into the garage and charge it. No gas pumps involved. Many developers are even releasing portable fast charge methods.

Hybrid cars produce less than half the pollutants of conventional vehicles, meaning that driving one is doing your part to help the environment, according to National Geographic. Electric vehicles, conversely, don’t emit any emissions thus reducing the harmful pollutants you would be pumping into the atmosphere.

Perhaps the biggest reason to go green now is because sustainability as it pertains to automotive is only going to increase. The federal government is challenging automakers to develop vehicles that can achieve up to 54.5 mpg by 2025 and greater amounts of R&D dollars are being spent to come up with sustainable solutions, ConsumerReports.org reports. As technology picks up, cars will only become more economical. This is the way of the future, whether you like it or not. Why not start driving green now?