Air Liquide, a leading producer of industrial chemicals, has announced that it has joined the H2USA initiative in the U.S. The initiative was launched by the Department of Energy in order to address the issues that exist concerning the country’s hydrogen fuel infrastructure. H2USA is part of the U.S. government’s overarching interest in clean transportation and the development of a comprehensive hydrogen fuel infrastructure is expected to lead to the success of hydrogen-powered vehicles.

Company’s extensive experience to be a boon to H2USA 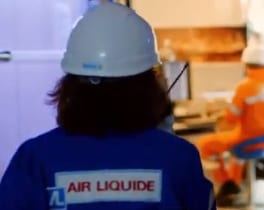 Hydrogen could help the US achieve clean transportation goals

The U.S. government has developed a strong interest in hydrogen fuel, largely because of its uses in transportation. This form of renewable energy can be used as a power source for vehicles, effectively removing the emissions that these vehicles are associated with. Hydrogen fuel could also potentially lead to a drop in the costs associated with transportation in general, especially as hydrogen begins to break the country’s reliance on petroleum.