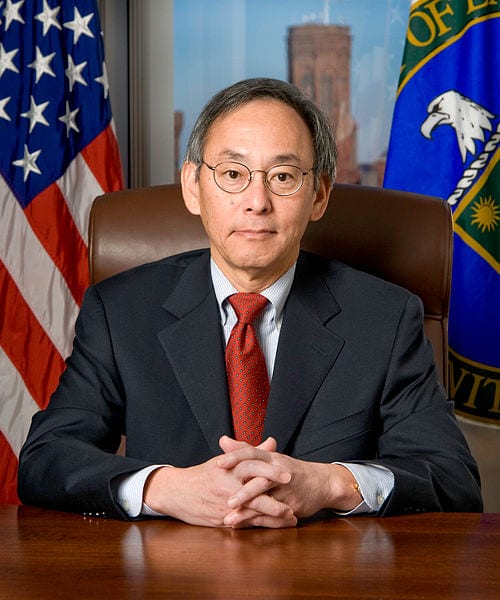 Chu issued his resignation letter late last week. In his letter, Chu regales his experiences as Secretary of the Department of Energy, touching on past experiences and the agency’s triumphs in sustainability. Chu notes that the agency will continue to pursue its current alternative energy initiatives and will retain a strong focus on sustainability even when a new Secretary is appointed. Of note, Chu makes mention of the agency’s hydrogen fuel cell program, suggesting that this program will also continue unabated.

In the past, Chu has made no secret of his lack of faith concerning hydrogen fuel cells and their use in transportation. The Secretary had once suggested that it would take several technological miracles for these energy systems to ever be considered viable. Over the past two years, however, Chu has changed his stance on the matter. His view of the energy systems in the past may have sparked inspiration for fuel cell developers and Chu became inundated with research and demonstrations showing the capabilities of hydrogen fuel cells. The federal government launched an ambitious initiative to promote the use of hydrogen fuel in personal vehicles, which Chu has shown modest support for.

Chu’s inclinations against hydrogen fuel cells has served to limit the funding for the research and development of the technology coming from the Department of Energy. Though Chu has been growing more accepting of fuel cells, his time as Secretary has come to an end and there is no telling how the next Secretary of the Department of Energy will stand on the matter of hydrogen transportation.