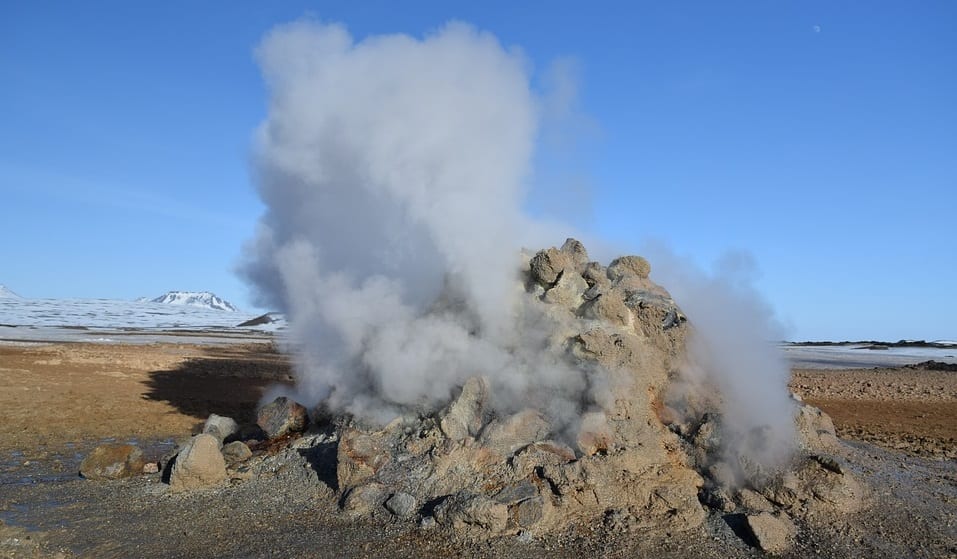 Iceland Deep Drilling Project has completed drilling into a volcano

Geologists and engineers in Iceland have successfully completed the first stage of the Iceland Deep Drilling Project, focused on gauging the economic feasibility of unconventional geothermal energy resources. The project involved drilling deep into the heart of a volcano. Drilling such a borehole is quite risky, but the project has managed to reach its target depth. Now, researchers will determine how the volcano can be used to generate geothermal energy in an effective manner.

Volcanoes, by their very nature, are very powerful sources of geothermal energy. The presence of magma is a prominent issue, however. In the past, similar research projects have failed due to drilling equipment coming into contact with magma. The Iceland Deep Drilling Project has managed to avoid magma, however, drilling at a depth of 2.9 miles where it has recorded temperatures of 800 degrees Fahrenheit. One of the aims of the project is to locate supercritical fluid, a state where water is neither liquid nor gas. Researchers note that supercritical fluid can be used for efficient geothermal energy production.

Geothermal energy continues to grow throughout the world

Iceland is one of the world’s leading markets for geothermal energy. Approximately 25% of all of the country’s electricity comes from geothermal sources and Iceland intends to install more geothermal energy capacity in the coming years. Other countries are also investing heavily in geothermal energy in order to cut down on emissions and the consumption of fossil-fuels.