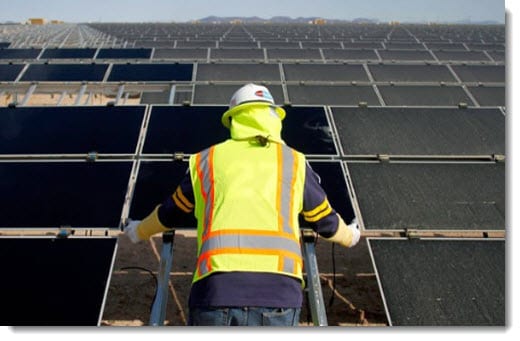 Some U.S. lawmakers are looking to put an end to the Department of Energy’s Loan Guarantee program, which has supplied financial support to alternative energy projects for several years. Legislators are expected to vote later this week on the so called “No More Solyndras Act” which aims to protect the country from the failures of solar energy companies that rely on federal funds. Arizona’s Aqua Caliente solar project may be able to placate the concerns of lawmakers, however, due to its relative success.

Solar energy project may be able to placate concerns of lawmakers

Aqua Caliente is among the largest solar energy systems in the world. The project accounts for a solar energy capacity of 290 megwatts, 250 megawatts of which are currently being generated. The project is still under development, but it has shown signs of success where other solar energy projects have failed in the past. The project receives a significant portion of its funding through the Department of Energy’s Loan Guarantee program, which was first established in 2005 under President Bush.

Project may prove viable through use of new technologies

The Aqua Caliente project may be able to put the concerns of lawmakers to rest. The project makes use of two technologies that are common in energy production but new to the solar energy industry. These are fault ride-through and dynamic regulation technologies, which allow the Aqua Caliente system to adapt to changes in the energy grid it is connected to. These technology help the system generate electricity efficiently and help Arizona’s energy demands.