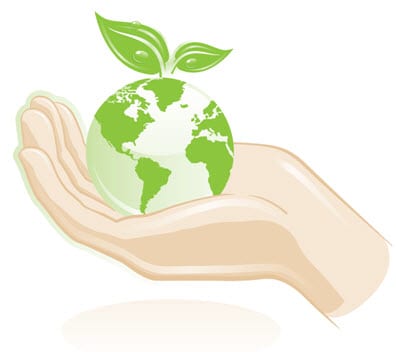 Mimicking photosynthesis has long been a goal in the world of technology and science. Science has mimicked the process several times in the past, but had not been able to do so in a practical manner until 2010, when Daniel Nocera, a professor of chemistry and energy at the Massachusetts Institute of Technology developed an artificial leaf that can practically replicate the process. The artificial leaf is widely considered to be a major accomplishment in the world of technology and science, and now Nocera is prepared to detail the finer points of the technology.

The artificial leaf holds very promising implications for alternative energy, bringing particular benefits to hydrogen. Nocera notes that the leaf can separate hydrogen and oxygen from water. This is accomplished by sending a gentle electric current through the water source that is used to generate hydrogen. The leaf is able to collect sunlight and convert it into electricity in a process that is similar to the way solar panels collect and utilize sunlight. Using the leaf to generate hydrogen gas is as simple as dropping it into a jar of water and putting that jar into sunlight.

Fuel cells could be made more affordable by replacing platinum catalysts

The leaf is an ideal component for hybrid solar-hydrogen fuel cells, according to Nocera. They are not only valuable in the way they produce hydrogen gas, they may also be able to reduce the price of fuel cell manufacture. This is because the artificial leaf can replace the platinum catalyst that is used within a fuel cell. This catalyst is responsible for generating hydrogen gas, but is quite expensive because of the materials used in its creation. The leaf can replace these catalysts for fuel cells that are exposed to sunlight.

Leaf may be years from widespread use, but that day may be quickly approaching

It may be several years before the artificial leaf can find its way into conventional fuel cells, but Nocera believes that day is rapidly approaching. If it can successfully make fuel cells more affordable, it will likely garner a great deal of attention from companies that are interested in hydrogen fuel.