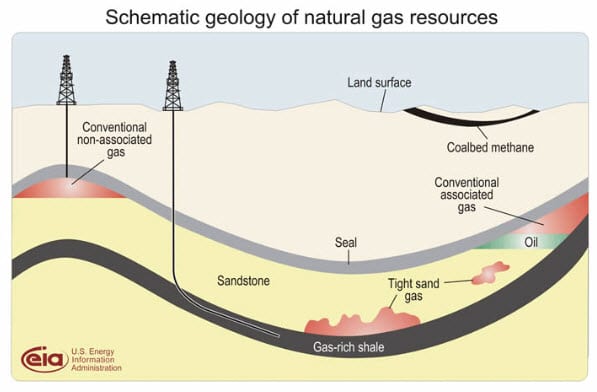 Ohio has played a vital role in the hydrogen fuel cell industry of the U.S. for a decade. The Ohio Third Frontier program, which was established in 2002, has been part of the reason the state has been a leader in the industry. The program has brought more than $85 million in investments to the fuel cell industry, which has powered the research and development of hydrogen fuel cells. These investments have aided the efforts of the Ohio Fuel Cell Coalition and various other hydrogen advocacy groups throughout the state. Ohio is home to a strong fuel cell industry, but it may be on the verge of profound growth with the help of shale gas.

Controversy surrounding fracking may complicate the use of shale gas

Shale gas is currently surrounded in controversy because of the method used to harvest it. This process is called fracking, which involves creating fractures in layers of rock beneath the earth’s surface using pressurized fluids. The process is considered dangerous because it can create large amounts of pressure beneath the surface and the potential of chemicals used in the process contaminating ground water. NorTech, a non-profit economic development organization, believes that shale gas could be a great way to bring progress to Ohio’s fuel cell industry.

NorTech partnered with the Ohio Fuel Cell Coalition to develop a plan to utilize shale gas as a means to accelerate the growth of the fuel cell industry. The plan aims to combine the state’s various fuel cell assets, identify contractors that are in a position to make use of these assets. NorTech believes that the potential for growth in Ohio is reaching a peak because of the fracking procedures that are currently unlocking vast quantities of shale gas.

Shale gas is a form of natural gas, which is a common fuel source for hydrogen fuel cells. NorTech believes that by tapping into the state’s shale gas, the fuel cell industry can begin producing large amounts of electricity. This is likely to lead to a spike in demand for hydrogen fuel cells, thus creating new jobs. The economic implications are clear, but the controversy surrounding shale gas may prevent the industry from making use of it for some time.