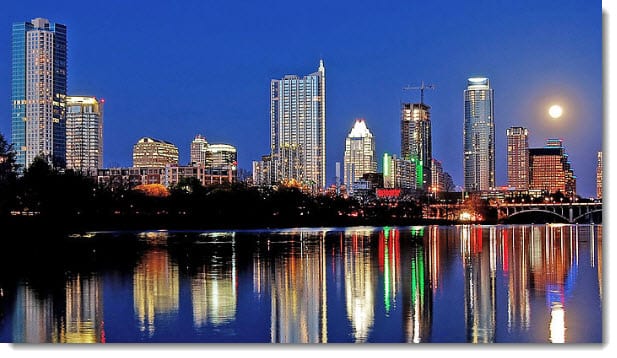 Proterra and Center for Transportation and the Environment

The city of Austin, Texas, has received a new hydrogen-powered bus this week, courtesy of the Center for Transportation and the Environment (CTE), an alternative energy transportation organization based in North Carolina. The bus had previously operated in Columbia, South Carolina, in 2010. Proterra, a manufacturer of hydrogen fuel cells and large public transportation vehicles, provided the bus to CTE. The company believes that hydrogen fuel will play a significant role in the future of public transit in the U.S.

Texas has begun showing more interest in alternative energy recently. The state has had a long history with wind energy, but hydrogen fuel is beginning to attract more attention from policymakers. In Austin, the alternative energy is becoming famous for its uses in public transportation. The CTE has been operating hydrogen-powered buses for several years and believes that Austin will make good use of the Proterra bus.

Proterra bus to serve as transportation for Austin residents

The bus will serve as transportation for Austin residents and will transport them to various locations around the city. The CTE expects that the bus will help lower the cost of energy in Austin, as the vehicle does not rely on gasoline or diesel. A private hydrogen fuel station will be used to supply the vehicle with enough energy to keep it running. According to Proterra, the fuel cell used to power the bus can be fueled completely in under ten minutes and will provide enough energy to keep the vehicle running for several hours.

University of Texas to collect information of the bus’ performance

Hydrogen-powered transportation is gaining momentum throughout the U.S., and this trend is especially apparent in the public transportation sector. In an effort to catalogue the impact the hydrogen-powered bus will have on the city of Austin, the University of Texas’ Center for Electromechanics will be collecting data on the vehicle’s performance and how its presence is affecting the city’s economy. This data will be sent to the National Renewable Energy Laboratory, where it will be analyzed further.