Ballard Power Systems, a developer of hydrogen fuel cells, has announced that it has signed an agreement with Hydrogene de France, which intends to use fuel cells to power operations at a chemical plant in Bordeaux Metropole, France. Ballard will deliver a 1 megawatt fuel cell system, which is part of its ClearGen line of products. The fuel cell system will be used to provide electrical power and Ballard will offer engineering services and support for the program.

The agreement that Ballard has made may help draw more positive attention to the company. Ballard has already established a favorable reputation as a developer of effective and highly capable fuel cell systems. The company has played a significant role in the development of hydrogen fuel cells, finding ways to make these energy systems more efficient and less expensive. Ballard has become a well trusted name in the fuel cell industry, with many companies interested in renewable energy showing favor for the company’s hydrogen fuel cells. 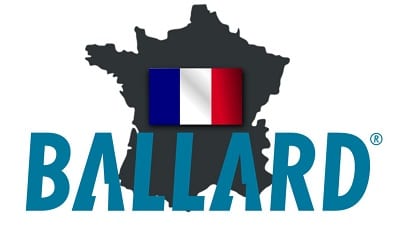 The ClearGen solutions are designed to be suitable for locations that have a high demand for electrical power, but cannot necessarily rely entirely on an existing energy grid. The fuel cells need a reliable source of hydrogen fuel, of course, as they use hydrogen to produce electrical power. The energy systems that will be used by Hydrogene de France will receive their hydrogen from the chemical processes that are conducted at the company’s AkzoNobel plant, which generates hydrogen as a byproduct of normal operation.

The project between these two companies will be partly funded by the EU Fuel Cells and Hydrogen Joint Undertaking, with the remaining funding coming from Hydrogene de France and its various other partners. The program may help highlight the capabilities of hydrogen fuel cells and show how they can effectively be used to reliably generate electrical power.