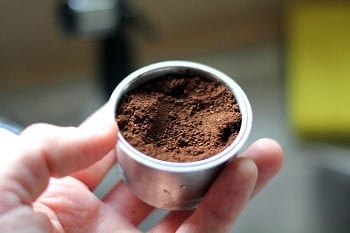 Biofuel made from coffee ground waste could make London greener

Bio-bean, a company based out of London, England, hopes to transform leftover coffee grounds into biomass pellets to heat buildings and into biodiesel for vehicles. While using recycled coffee grounds to power vehicles is nothing revolutionary, what makes Bio-bean stand out among the crowd is that the company wants to do much more than simply power a car with biofuel, one day it hopes to be able to help fuel a large city, like London.

The goal is to make enough pellets to heat a minimum of 15,000 homes.

Coffee waste is approximately 20% oil, which makes it possible for it to be processed into biodiesel or ethanol, which can be used in cars and busses that are able to burn this type of fuel. Bio-bean’s goal is to eventually use the fuel to help run London’s transportation system, which presently uses biodiesel-powered buses. In addition, the company wants to make enough pellets to heat at least 15,000 homes.

[French] First hydrogen fuel cell w...
➡️PLAY THIS HYDROGEN NEWS ARTICLE IN: ENGLISH, FRENCH & GERMAN
According to an article from Gizmag, currently, the company collects coffee waste from coffee shops, offices, industrial coffee factories, and transport hubs, such as London’s seven largest rail stations. While the present amount of waste they accumulate each week totals to only several hundred tons per week, next year the company intends to scale up to 50,000 tons. This is about a quarter of the city’s yearly coffee waste.

For starters, if coffee ground waste is being recycled, this means that it is not ending up in landfills. Furthermore, it saves coffee shops and other producers money because they can give their waste to Bio-bean for free instead of having to pay for it to be taken to landfills. In addition, unlike other waste used to create biofuel, such as cooking oil, coffee grounds do not require an expensive filtering process. What’s more, as long as coffee remains popular, there is a readily available supply of the waste.

Daniel Crockett, head of communications at Bio-bean, said that “Bio-bean saves money for customers and creates environmental advantages compared to other forms of waste disposal.” He added that “The local government and business community have been extremely supportive in the early stages of our growth.”

The coffee bean waste that is converted into biofuel by the company is taken to its 20,000 square-foot facility. The remains are dried at the facility and then the oil is separated via hexane extraction, a biochemical process. The leftover fiber (approximately 80%) is pressed into pellets, which can be used to produce heat by being burned in boilers. These pellets are said to generate 150% more energy than wood pellets because of their higher calorie content. Finally, the solvent that is utilized in the extraction process is almost fully recyclable.