Brazil sets sights for a future powered by wind energy

Country intends to be a leader in wind power 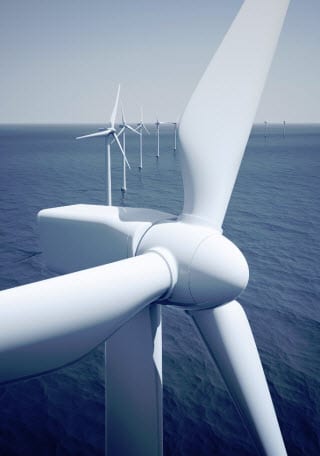 Brazil has plans to be the leading country in Latin America when it comes to wind energy. The country has been investing in wind power quite aggressively in recent years. Like other countries that have begun to focus on clean power, Brazil has an interest in the environmental and economic benefits that wind power represents. The country already boasts of a sizeable wind energy capacity, but is now working to bolster this capacity significantly over the next 10 years.

Brazil aims to have more than 20,000MW of installed capacity online within 10 years

Brazil intends to reach no less than 20,000 megawatts of wind power capacity within the next 10 years. The country currently boasts of just over 3,000 megawatts of installed capacity. Brazil is expected to see the growth of its wind sector accelerate in the coming years as government policies that are specifically designed to support wind projects begin to take hold. Brazil is already considered one of the most attractive markets for wind power in the world and energy developers have been working to bring their projects to the country for some time.

Eight rounds of auctions concerning the country’s wind energy capacity have been held since 2009. These auctions account for more than 8.5 gigawatts of energy contracts. Recent auctions have secured the development of several wind projects over the next five years. The interest that energy developers have shown for Brazil has lead the country to believe that it can reach approximately 10 gigawatts of installed capacity by 2017, nearly a decade ahead of when the country had originally estimated to reach that milestone.

In 2012, Brazil embraced aggressive legislation concerning climate change. The country intends to cut down on the emissions it is responsible for by a significant margin over the coming years. It is also working to focus more heavily on renewable energy and distance itself from fossil-fuels. Renewable energy is expected to help produce a large amount of economic activity throughout Brazil.