California has plans to develop a hydrogen highway — an expansive hydrogen fuel infrastructure that will encompass much of the state’s popular roadways. The California Energy Commission recently announced plans to invest $20 million in the development of new fueling stations that will offer support to those with fuel cell vehicles. HyperSolar, a pioneer in the fuel cell industry, has offered comment concerning this plan. The company specializes in developing hybrid fuel cell technology, which involves the use of solar energy to produce hydrogen fuel.

There are currently 10 hydrogen fuel stations that are in operation in California. The state has the largest hydrogen fueling infrastructure in the United States, but this infrastructure is still too small to support the widespread adoption of fuel cell vehicles. As the state works to bolster its hydrogen infrastructure, HyperSolar believes that this is an opportune moment to expand the use of its technology. 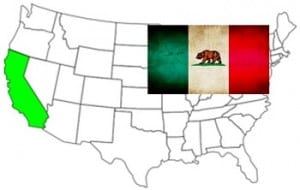 According to HyperSolar, its technology is capable of producing completely renewable hydrogen fuel. This is accomplished through the use of solar energy, which is used to power the electrolysis process that splits water into its component elements of hydrogen and oxygen. California regulations require that 33% of the fuel used in the state must be produced through renewable sources. This could place HyperSolar in an ideal position to commercialize its innovative technology and help the state accomplish its goals concerning its hydrogen fuel infrastructure.

California has been taking aggressive steps to decrease its environmental impact. The state is targeting emissions produced within the transportation sector, requiring automakers to sell a certain percentage of clean vehicles over a period of time. California officials have high hopes for fuel cell vehicles, which have the potential to become the auto industry’s chosen type of vehicle for the future of clean transportation.