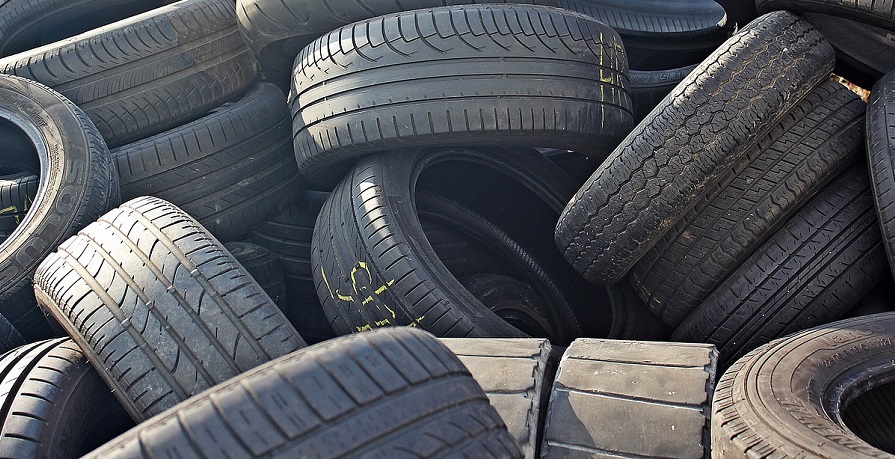 Researchers from McMaster University may stop vehicle tires from being single use items.

Researchers out of McMaster University in Canada have found a technique to dissolve car tires so they can recycle rubber. This method could one day be used to get more out of the materials and stop sending tires to landfills as single use items.

Using this dissolving and recycling technique could also reduce both safety and environmental hazards.

Tires are often left to build up once they are disposed of. According to the researchers, this presents a safety and environmental hazard. Stockpiled tires are associated with a spectrum of different problems.

That said, unlike other similar items, vehicle tires are usually a single-use item. The problem is that tires are made of properties to make them more durable on the road. Therefore, makes them safer because they are less likely to degrade and break down is precisely the reason they’re difficult on the disposal side. They are made to be difficult to break down, and therefore breaking them down is indeed difficult.

The technique to recycle rubber that is difficult to break down could make a difference.

Most used tires end up in storage facilities and landfills. This is problematic for the environment as they will gradually leach contaminants into the surrounding environment. The author of the study, Professor Michael Brook, from the McMaster University department of chemistry and chemical biology underscored the importance of alternative tire disposal by pointing to a massive fire that burned for weeks in Canada about thirty years ago. At that time, 14 million scrap tires caught fire and burned out of control.

“Why do people collect tires in that size? It’s because there’s no really good way to deal with them,” he explained. He did point out that some tires are repurposed, such as those that are ground up for use in softening surfaces in playgrounds or for use in asphalt. However, he also stated that only a very small percentage of used tires find their way into such purposes. “The idea that you make three billion tires last year and put them in a landfill after a single use, to me, it just doesn’t make any sense.”

Therefore, the researchers, including Brook, hope the rubber recycling technique will be developed for

use in overcoming the single-use tire problem. Currently, the process isn’t yet ready for commercial use, but they intend to continue its development.