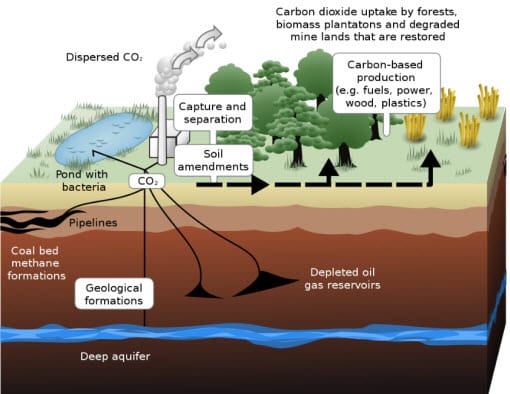 The environment is becoming a popular subject as climate change begins to attract more attention. Despite the controversy surrounding the issue, many governments and companies around the world are trying to mitigate the negative impacts they may be having on the environment. To this end, the concept of carbon capture has managed to gain interest. The technology necessary for the capture, storage, and disposal of carbon dioxide is considered somewhat advanced, making carbon capture expensive. A computer model developed by chemists from the University of California may provide insight on how to make carbon capture more affordable.

Current technology not considered efficient enough for large scale use

Current carbon capture technology relies on an energy source. Because these technologies are meant to be used by large industrial companies, they are meant to sap energy from the facilities at which they are installed, creating a symbiotic bond. This bond does create some problems, however, the most unattractive of which comes in the form of additional energy costs. This has been a major deterrent to the adoption of carbon capture technology.

Researchers from the University of California have developed a computer model that shows how more affordable variants of conventional carbon capture technology can be used effectively. The model suggests that carbon capture methods that utilize solid materials, such as zeolites and metal oxide frameworks, can capture and store carbon dioxide more efficiently. Technologies based upon these materials are also suspected to be more affordable because they require less energy to be effective. On a large scale, these less-known technologies could make carbon capture a more viable option for industrial companies.

The Lawrence Berkeley National Laboratory has made use of the computer model and determined that carbon capture technologies that utilize solid materials can reduce parasitic energy costs by 30% or more. This has spurred interest into further research concerning materials that could be used to drive that percentage higher.