China is growing more aggressive with its solar energy goals

China is considering adopting a new solar energy goal as part of its 13th five-year plan. The new plan involves a stronger focus on solar energy, which has become a very prominent force in China. The country has invested quite heavily in this form of energy over the past few years, with numerous manufacturers flooding the market with photovoltaic products that are inexpensive and quite effective. China has revised its solar energy goals numerous times, as the country has proven very capable of bringing solar power projects online.

China may further increase its solar energy goals for the future 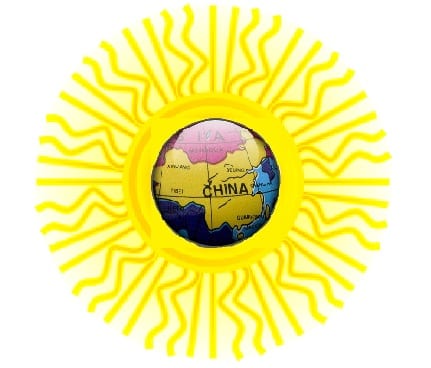 There is some speculation that the 100 gigawatt goal may not be set in stone, however, as the country may further increase this goal to 200 gigawatts. This is largely due to China’s proclivity to beat its own goals when it comes to solar capacity. A recent study from the Energy Research Institute predicts that 57% of China’s energy will come from renewable sources by 2030, just as its economy growth aggressively as well.

China is one of the world’s leading solar energy markets and the country plays a major role in the global market, as well. Chinese manufacturers have successfully launched photovoltaic products in other countries and the speed at which these products have been produced has lead to a drop in the cost of solar energy.