Researchers estimate that by 2050, global warming’s negative effects on crop productivity may lead to over 500,000 deaths.

According to a recent study from the University of Oxford, more than half a million people could die by the year 2050, due to climate change dramatically reducing crop productivity, which would result in fewer fruits and vegetables. This change in food availability and intake will affect dietary and weight-related risk factors, reported the study’s lead author Marco Springmann, who says that a decrease in fruit and vegetable intake and an increase in red meat consumption and higher body weight will increase the occurrence of, and death from, non-communicable diseases like stroke, heart disease and cancer.

The study estimates that a minimum of 155 countries will be affected by decreased crop productivity.

The study, which was published in the UK medical journal, The Lancent, estimates that at least 155 countries will be affected by climate change’s affects on reduced crop productivity, with low and middle-income Western Pacific nations experiencing the worst of it. That being said, the researchers say that even the slightest changes in diet can rapidly add up to a death toll in the hundreds of thousands. 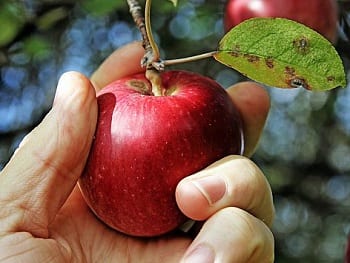 To help combat this potential crisis, researchers are encouraging countries to cut global carbon emissions, as well as improve education and the availability of healthy foods, such as vegetables and fruits.

The researchers arrived at their conclusions based on the current rate of climate change.

The scientists were able to approximate the impact climate change would have on global food production, trade and consumption for the year 2050, by basing their findings on an agriculture economic model fitted with data on possible climate responses, carbon emission trajectories, and socioeconomic pathways, reported HNGN.

From there, the researchers calculated additional deaths, connected to changes in diet and body weight, by utilizing specialized models and comparing their findings to a model of the world where climate change doesn’t exist.

In a statement, Springmann said that even in the most optimistic scenarios, “Climate change is likely to have a substantial negative impact on future mortality,” adding that “Adaptation efforts need to be scaled up rapidly.” Springmann also said that “Public-health programs aimed at preventing and treating diet and weight-related risk factors, such as increasing fruit and vegetable intake, must be strengthened as a matter of priority to help mitigate climate-related health effects.”