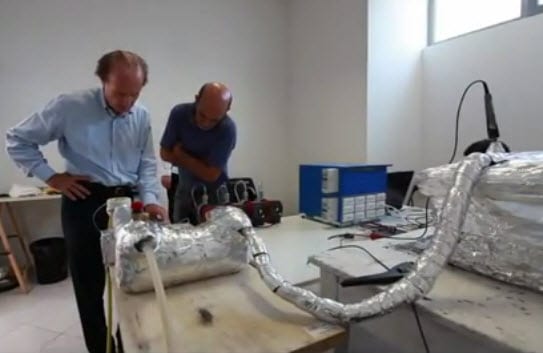 Cold fusion, a controversial yet promising way to generate energy, has been the subject of much debate in recent months. Research concerning cold fusion has been difficult to follow due to the disdain the scientific community has for the concept. Physicist Andrea Rossi has been working on a new cold fusion energy system called E-Cat, which is built to generate more than 1 megawatt of electricity every hour.

The E-Cat is a large, cold fusion reactor that has generated a large amount of skepticism from the science community. Due to the consensus amongst scientists concerning cold fusion, Rossi has been accused of being a fraud wanting nothing more than to run off with investor money.

Rossi, however, may have the last laugh as the E-Cat energy system was proven successful earlier this month in Italy.

The concept of cold fusion was proven correct as the E-Cat reactor came online and began producing large amounts of electricity at alarmingly low temperatures. In the first hour of operation, the reactor generated enough electricity to power 20 homes. Rossi, along with his team of researchers, will be compiling data on the reactor in the coming weeks and should be releasing data soon to scientists.

How the E-Cat reactor will affect the world of alternative energy is not yet known, but Rossi believes that the reactor will become the world’s most powerful energy system.