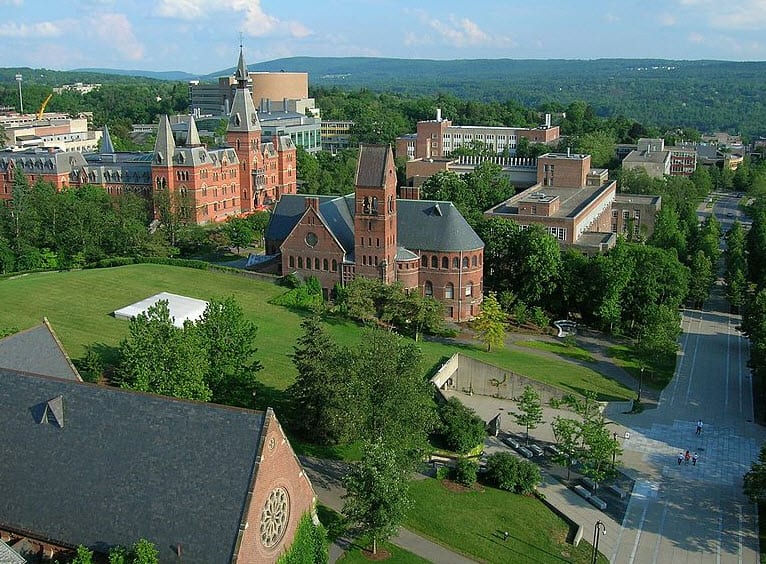 Fuel cells are becoming popular energy systems, but mostly because they can produce large amounts of electricity. The technology has not won many fans in regards to efficiency or cost. Both of these aspects of fuel cells are largely due to the catalysts they use to operate, which are primarily composed of platinum. Platinum catalysts perform well in fuel cells, but are expensive to produce, thus leading to an overall increase in the price of fuel cell energy systems. There are also concerns regarding the efficiency of platinum catalysts. Researchers from the Cornell Energy Materials Center at Cornell University, aim to solve these problems by finding a new way to produce platinum.

Platinum is a rare and expensive material. It is responsible for the bulk of the costs associated with fuel cells and efforts have been made to find a suitable replacement for the material for years. A team of researchers from the Cornell Energy Materials Center does not want to replace platinum entirely, but believes that fuel cells can operate more efficiently through the use of a platinum-cobalt catalyst. The team has made a significant breakthrough in this endeavor, developing a chemical process that is capable of producing platinum-cobalt nanoparticles that are encased in a platinum enriched shell.

Computer simulations of these new platinum-cobalt nanoparticles show that they have the ability to improve the catalytic activity occurring within a fuel cell. This could mean that fuel cells using a catalyst derived from this material could be capable of producing significantly more electrical power. It could also mean that these fuel cells will be much less expensive than their conventional counterparts because they use significantly less platinum.

Tests show that the nanoparticles boast of nearly three and a half times higher catalytic activity than other particles that would be used to replace platinum in fuel cells. Researchers from the Cornell Energy Materials Center claim that this is because of the nanoparticle’s “ordered” structure, which allows for higher levels of efficiency when compared to the typical “disordered” structure of other particles.