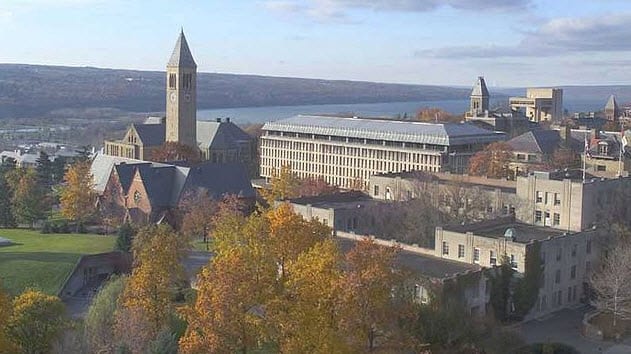 Cornell University has taken a keen interest in hydrogen fuel cells recently. Scientists from the university have developed new materials that could be used to make fuel cells more efficient and affordable, but this is only one aspect to the university’s research. Now, researchers led by Professors Hector Abruna and Abraham Stroock have announced that there has been a breakthrough in fuel cell technology thanks to microfluidics. Researchers have constructed a microfluidic fuel cell that is more affordable than conventional models because it does not use expensive materials during manufacture.

Microfluidics is a branch of science that deals in the behavior and control of fluids that are constrained to a sub-millimeter scale. This science has been used in the engineering, physics, chemistry and biotechnology disciplines and Cornell researchers believe it could hold some promise for the world of alternative energy. The fuel cell made by researchers was designed with vehicles in mind, which could mean that affordable fuel cells for transportation could soon become a reality.

These components make manufacturing fuel cells a costly endeavor. Abruna and Stroock believe that fuel cells do not need to be so expensive and claim that microfluidics is the answer. Using microfluids, researchers have been able to alter the chemistry of fuel cells. Though the method does not remove the need of platinum catalysts and exchange membranes, it does lower the required amount of these materials by facilitating more efficient chemical processes within the fuel cell.

Cost is often considered to be the most significant stumbling block baring the progress of hydrogen energy today. Fuel cells are becoming more popular, but their cost remains high, which does not often fare well in a market filled with money-conscious consumers. Fuel cells have found a foothold with the world of industry, but many hydrogen production and fuel cell manufacture companies are looking to commercialize their products. This may never be possible if fuel cells are not made more affordable to consumers.