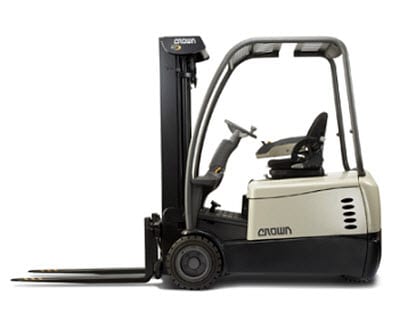 Crown Equipment Corporation, one of the world’s largest manufacturers of forklifts, has announced new initiatives aimed at promoting hydrogen fuel cells. Hydrogen fuel and forklifts have been closely linked for several years. Many conventional forklifts are powered by batteries, which had been a viable source of power until the advent of alternative energy. Now, companies using forklifts have begun favoring hydrogen fuel cells because of their acclaimed performance and ability to operate for long periods of time before needing to be refueled.

Crown’s latest initiatives are aimed at developing new forklifts that will be better suited for using fuel cells. The company is also working on deploying the first hydrogen-powered forklifts to operate in France – the Crown SC 5300 Series. These forklifts have meet with the company’s fuel cell standards and are ready for applications such as dock work, transportation and stocking. The SC 5300 Series is the latest addition to Crown’s already extensive line of hydrogen-powered forklifts.

As alternative energy has gained momentum around the globe, hydrogen fuel has become a favorite for the industrial world. This is largely due to the performance of fuel cells, which are able to produce enough electricity to compete with conventional fossil-fuel energy systems. Fuel cells have also become popular for companies attempting to comply with more stringent regulations being imposed by governments concerning carbon emissions. Crown notes that demand for hydrogen-powered vehicles and equipment is growing in Europe as a hydrogen fuel infrastructure is established.

The SC 5300 forklifts will be the first of their kind in France, but are unlikely to be the last. French industrial companies continue to show interest in hydrogen fuel, as well as alternative energy in general, and are expected to pursue a wider variety of hydrogen-powered equipment in the future. Crown expects to play a role in the widespread adoption of hydrogen fuel and fuel cells in Europe’s industry market. The company notes that demand is not restricted to Europe alone, with many other parts of the world clamoring for hydrogen fuel cells.