The U.S. Department of Energy has announced $18 million in funding for six new solar energy projects. The projects are meant to enable the development and demonstration of integrated, scalable, and low cost photovoltaic technologies. The projects will also focus on energy storage for homeowners that are interested in using renewable energy systems. The funding from the Department of Energy will help the projects take form and, potentially, find success.

The Department of Energy has been working to modernize the country’s energy grid through the SunShot Initiative’s Grid Modernization Initiative. The projects being supported by the federal agency are a part of these initiatives. The agency believes that the projects will lead to a dramatic increase in solar-generated electrical power, especially that which can be deployed at any time of day, including when the sun is not out. This will be accomplished through the use of comprehensive energy storage systems, which are inexpensive and efficient. 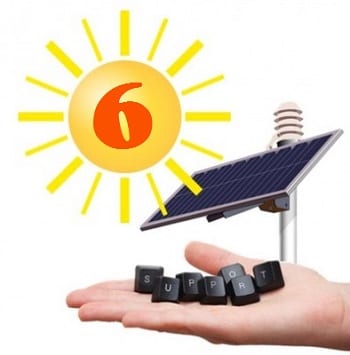 Austin Energy is one of the organizations that has received funding from the Department of Energy for its new solar energy project. The company is developing a distributed energy resource management platform, which can be adapted to various regions and markets. The Hawaiian Electric Company has also received funding to demonstrate the benefits of enhanced utility visibility and improved control of an established distributed energy system.

Solar energy has been growing in popularity throughout the United States. Notably, homeowners are becoming very supportive of solar power as they see it as a way to save money on electricity and become more environmentally friendly. In order for solar energy to continue seeing strong growth, however, better energy storage systems must be made available. The projects being supported by the Department of Energy aim to address the storage issue, as well as other issues associated with solar energy.