The U.S. Department of Energy has revealed a new national data center that has a very specific purpose: The independent analysis of hydrogen fuel and fuel cell technology. The National Fuel Cell Technology Evaluation Center, as it is called, is located at the National Renewable Energy Laboratory in Golden, Colorado. The Department of Energy has been showing a strong interest in hydrogen fuel over the past few years and has been investigating the merits of fuel cell technology and how it can be used for various purposes, including transportation.

Over the past few years, several projects concerning hydrogen fuel and fuel cell technology have taken root throughout the U.S. The majority of these projects have to do with transportation, but others focus on waste treatment and residential energy supply. The federal government has been collecting data from these projects, which has been sent to the National Fuel Cell Technology Evaluation Center. The center will provide access to this data to industry and academic organizations, as well as government entities, in order to provide more insight on the capabilities of hydrogen fuel cells. 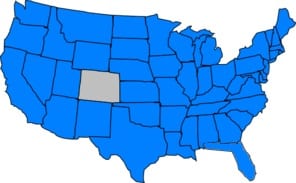 The National Renewable Energy Laboratory has collected more than 2 million hours worth of operation data concerning fuel cell technology since 2004. This accounts for the use of more than 450,000 kilograms of hydrogen fuel. The organization has been a part of many fuel cell initiatives and has helped establish a foothold for hydrogen fuel in the U.S.