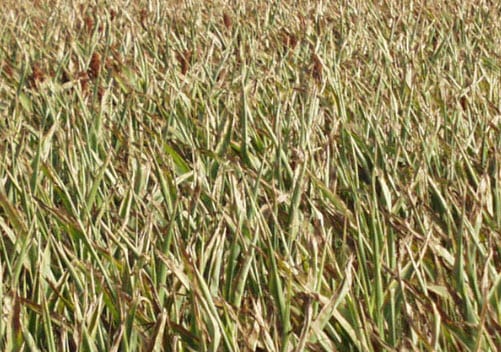 While Hurricane Isaac may be making headlines, the U.S. is still in the grip of the most devastating drought it has ever seen. The National Oceanic and Atmospheric Administration (NOAA) suggests that the drought could have a harmful impact on the country’s energy markets. The effects of a drought are well understood as they are disasters that have occurred regularly throughout the history of the world. When droughts emerge, concern is immediately directed toward crops and food supplies. These natural disasters could, however, have a profound impact on energy markets as well.

The U.S. drought has decimated corn crops throughout the country. Many of these crops are used in the production of ethanol, which accounts for approximately 10% of the country’s gasoline pool. As these crops wither and die, the country is seeing steep drops in the production of ethanol, which could translate to higher gas prices. The drought is also making water scarce in areas where it is most intense. The scarcity of water is also having a serious impact on energy markets.

Energy production often relies heavily on the use of water as a coolant. Conventional power plants produce massive amounts of heat while generating electricity. If energy systems cannot be cooled down, there may be catastrophic side effects, such as explosions. In the case of nuclear power plants, water is a vital component in ensuring the stability of nuclear reactors. Without water, these reactors are in danger of going into meltdown.

According to the U.S. Army Corps of Engineers, the drought has also affected the transportation of oil and coal, as well as other commodities. Low water depths have made it difficult for some vehicles to make it passed the Mississippi River, which is now at the lowest point it has been since 1988, according to NOAA. If the drought continues, the impact it will have of the U.S. energy market U.S. Army Corps of Engineersmay be severe.