EasyJet, a low-cost British airline, has announced plans to begin testing hydrogen fuel cells in an effort to become more environmentally friendly. The airline plans to begin testing later this year and expects that the fuel cells will allow its planes to taxi to and from runways without using any conventional fuels. In using fuel cells, the company believes that it will be able to save 50,000 tons of conventional fuel every year while also reducing the harmful emissions that it produces.

Hydrogen fuel cells are gaining more attention in the aviation sector. A handful of airlines are beginning to test these energy systems as a way to displace the amount of emissions they produce every year. Some companies are showing interest in other forms of clean energy, but fuel cells may hold the most promise when it comes to environmentally friendly flight. Reducing the consumption of conventional fuel may also place some airlines in a more favorable financial position.

Hybrid plane will not rely on other vehicles to help maneuver 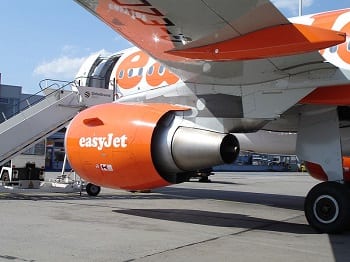 EasyJet has acquired a hybrid plane, which is equipped with a hydrogen fuel cell. The plane generates electrical power by braking on landing. This energy can be stored in batteries that are located on the plane and can also be used to produce hydrogen fuel. The plane will not rely on tug vehicles, which are often used to maneuver aircraft into position. Instead, electrical motors will allow the plane to maneuver itself, with the energy these motors use coming from batteries and fuel cell systems.

The airline aims to reduce its carbon emissions by at least 7% by 2020. The company notes that its relatively small fleet of planes and the number of people it can fit in these planes means that it produces fewer emissions than its counterparts. By embracing hydrogen fuel cells, the company may be able to ensure that it becomes much more environmentally friendly than its competitors.