EU Recycling of beverage cartons is on the rise 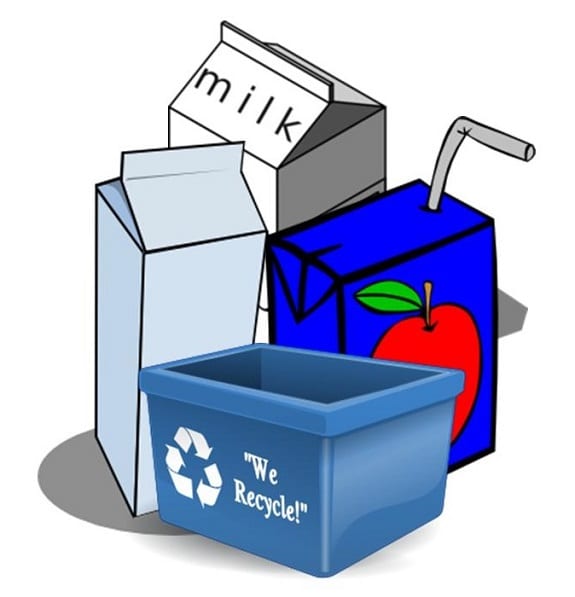 Most recent figures on carton recycling in Europe show that rates are up more than 40 percent.

An estimated 42 percent of beverage cartons were recycled last year, which is about equal to 425,000 tons of cartons and is a 3 percent increase from 2012, which is positive news for Europe and EU recycling goals.

The entire recovery rate has surpassed 70 percent across the European Union (EU).

The boost in rates follows the year on year rise of 3 percent from 2011- 2012. This brings the full recovery rate to 71 percent throughout the EU. The total recovery rate includes energy and recycling recovery.

The Alliance for Beverage Cartons & the Environment (ACE) UK was very pleased to hear the news about these figures. They said that beverage cartons are easy to recycle utilizing a simple pulping process. In the process, new materials are created by separating the non-fiber layers and the paperboard.

The recycled materials can be used to produce different products. For instance, the wood fibers can be utilized to create new high quality paper products like tubes and cores for industrial and consumer applications. On the other hand, foil and polymer layers can be recycled or transported to waste-to-energy plants.

ACE Chief Executive Richard Hands said that there are more UK local authorities that are picking up cartons for curbside recycling collection and that this has increased to “57% from just 31% as recently as 2011.” Hands added that “This progress marks a significant shift in providing incentives for local authorities to collect cartons, so making it easier for consumers to recycle them and providing an environmental packaging choice for manufacturers.” According to Hands, with the inclusion of carton recycling bring banks, approximately 91 percent of local authorities are collecting this recycling material.

The UK is concerned it will not meet EU recycling targets.

Despite increase carton recycling rates, the UK is still not sure if it will be able to meet the EU recycling goal for 2030, which would require Europeans to recycle 70 percent of urban waste and 80 percent of packaging waste by 2030. According to figures that were published by the UK government in November 2013, 43.2 percent of waste in Britain was being recycled in 2012/2013. Although there has been significant recycling improvement in the UK over the last decade, since 2010, these efforts have stalled.