Rooftop solar energy is at risk in Florida, and voters have a chance to determine its future. A new measure is on the ballot for Florida and, if approved, it will grant consumers the right to own or lease solar panels and other photovoltaic equipment. It would also prohibit utilities from charging solar customers more for the electricity they consume. Many of the state’s utilities are opposing the measure, hoping to keep hold of the increasingly competitive energy market in Florida.

David Pomerantz, executive director for the Energy and Policy Institute, suggests that the ballot is “incredibly deceptive.” Pomerantz notes that utilities do not want distributed solar energy to take form in Florida. Indeed, many utilities are opposed to the new measure, with some suggesting that solar energy will create a price disparity among consumers. Solar customers would, potentially, pay less for the electricity they consume, while non-solar customers would continue to pay the same rate for their electricity. Non-solar customers may end up paying more for their electricity in order to balance the revenue generated by the energy grid.

Solar energy could create a price disparity among consumers 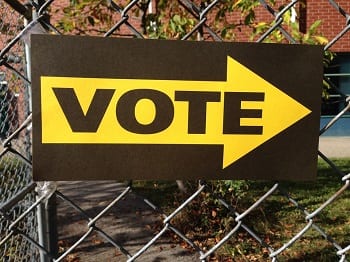 Critics of the new measure suggest that net metering is a major issue that should be resolved. Net metering is a system wherein renewable energy systems are connected to a public-utility energy grid. Surplus energy is funneled into the grid, allowing solar customers a chance to save on their energy bills. This particular system has been under fire for quite some time, with utilities claiming that it creates a disparity among consumers.

The future of solar energy is in the hands of voters