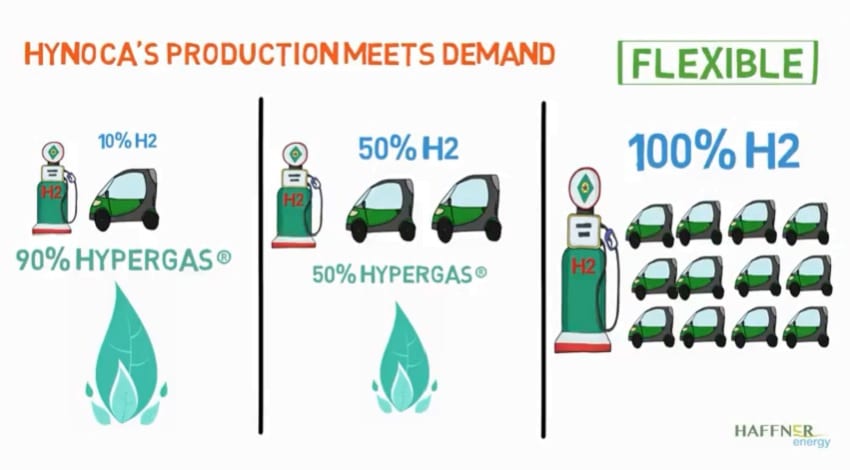 The VitrHydrogène consortium is planning to produce hydrogen via this method in 2019.

The hydrogen from biomass production process will first be carried out in Vitry-le-François a commune in the Marne department located in north-eastern France. The production testing is slated to start next year and will be carried out by the VitrHydrogène consortium, reported LesEchos.fr.

Hydrogen no carbon technology will be used for the production process.

The creation of VitrHydrogène, the consortium dedicated to the development of the equipment needed to produce hydrogen from biomass, was formalized by the Community of Communes Vitry, Champagne and Der, the SEM Vitry Energies, the school CentraleSupelec, and the company Haffner Energy.

Haffner Energy developed a process called HYNOCA (hydrogen no carbon), a technological breakthrough that enables the production of renewable hydrogen (H2) by cracking biomass through thermolysis.

The way in which this process works is hydrogen molecules are extracted from the gas, which is a mixture of carbon monoxide and hydrogen. This gas is released by raw material heated to 450 degrees Celsius.

The hydrogen from biomass project received 50% of its financing from ADEME.

The research has resulted in 14 patent filings, according to Christian Bestien, Haffner’s business development director.

Bestien has reportedly managed to lower the price of renewable hydrogen to under €6 per kilogram (over $6.70 US), half the market price. In terms of transportation, this means that H2 drivers can drive renewable at the cost of fossil fuels. Bestien also says that the real technological breakthrough isn`t the production process as much as the energy yields obtained.

This project costs €5.4 million and half of it has been financed by ADEME (French Environment and Energy Management Agency). Approximately 1 million of ADEME`s support will be allocated to CentraleSupelec for the purpose of conducting research on the enrichment and purification of hydrogen.

It is estimated that in terms of size, the service station featuring the hydrogen from biomass hyperfuel will produce 5kg of hydrogen per hour and begin with 500 tons of wood pellets annually, followed by wood chips and eventually even agricultural waste. The size of this production is expected to meet the consumption needs of a fleet of 260 cars.