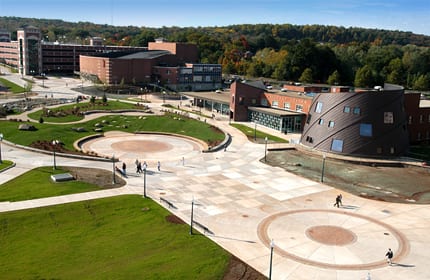 The Central Connecticut State University (CCSU) has announced that it has adopted a new fuel cell power plant. The university has shared the opinions of its home state concerning alternative energy and hydrogen fuel, considering fuel cells an important part to the future of sustainability. The fuel cell power plant was designed and manufactured in Connecticut by FuelCell Energy, a leading developer of hydrogen fuel cell technology. The new energy system is expected to help CCSU reduce its greenhouse emissions and move a step closer to energy sustainability.

The fuel cell power plant will be capable of generating 1.4 megawatts of electricity, enough to meet approximately one third of the campus’ energy needs. The project was privately funded, and CCSU is withholding the exact details concerning this funding. The project is expected to save the campus more than $100,000 on its electric bill each year. Because CCSU is a state university, savings that the campus sees in terms of energy costs are expected to benefit taxpayers.

Alternative energy systems begin to gain appeal throughout the U.S.

Fuel cells continue to be a popular energy option for organizations looking to break ties with traditional energy companies and fossil-fuels. Their status as a zero-emissions technology has earned fuel cells the favor of many states throughout the U.S., though several have yet to adopt the energy systems for themselves.