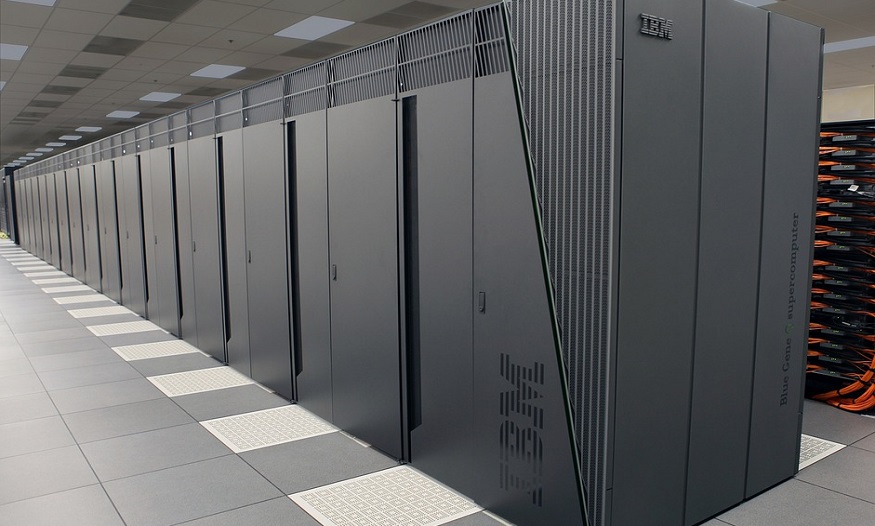 Simulations from the Supercomputer Summit could strengthen US East Coast renewables.

The Summit supercomputer from IBM is being used at the DOE’s Oak Ridge National Laboratory.

GE will use IBM Summit as wind energy supercomputers at the Department of Energy’s Oak Ridge National Laboratory. This will make it possible for the company to conduct air current simulations with greater flexibility and precision than has ever been possible. The research conducted through the use of this specialized computing equipment may play a substantial role in the development, control and operation of offshore turbines in the future.

This research can also help to propel wind power’s growth forward off the Eastern US coastline. It will do this by providing researchers with a clearer concept of the wind resources available in that part of the Atlantic Ocean.

Farms of offshore turbines have substantial electricity production potential in the United States. In fact, the current estimate from the American Wind Energy Association is that it could generate twice the country’s current usage demand. However, to get the most out of offshore resources, researchers need adequate information. This is precisely what IBM’s technology is meant to provide.

“It’s like being a kid in a candy store where you have access to this kind of a tool,” said GE’s head of research communications Todd Alhart. IBM’s Summit is currently rated as the second fastest computing equipment in the world. First place goes to the Fugaku from Japan.

The research will take place over the next year. It will be a collaborative effort with the Exascale Computing Project from the Department of Energy. The research would be nearly impossible to conduct without using wind energy supercomputers simulations. The reason is that there is typically a resolution and scale trade-off in research. By using Summit, the researchers are able to

obtain both simultaneously instead of having to choose one over the other, giving them the opportunity to examine the bigger picture.