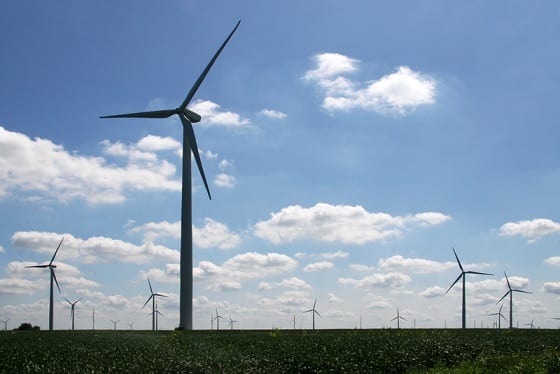 General Electric has been seeing a great deal of activity in the wind energy sector lately. Wind energy has become a strong focus for the technology company, especially as emerging markets around the world begin to take interest in alternative energy. Though alternative energy is becoming more viable for these countries, many are still wary of breaking away from fossil-fuels because of the high cost associated with sustainable forms of power. General Electric has been working on a solution that could help solve the problem of cost for wind energy systems.

General Electric has teamed with the Virginia Polytechnic Institute & State University and the U.S. National Renewable Energy Laboratory to design a new kind of wind turbine. Wind turbines are the crux of a wind energy system. Turbines harness the power of the wind and translate this into electricity, which is typically fed into an energy grid. An individual wind turbine is not necessarily excessively expensive, but a large number of these systems are required in order to generate a viable amount of electricity. This accounts for a major capital investment from those interested in adopting wind energy.

The fabric wind blades are currently being tested for their viability in actual wind energy systems. General Electric has made use of the fabric being used to build the turbine blades before in numerous construction projects. The fabric has primarily been used for aesthetic purposes, however, so the performance capabilities of the material remain largely untested.