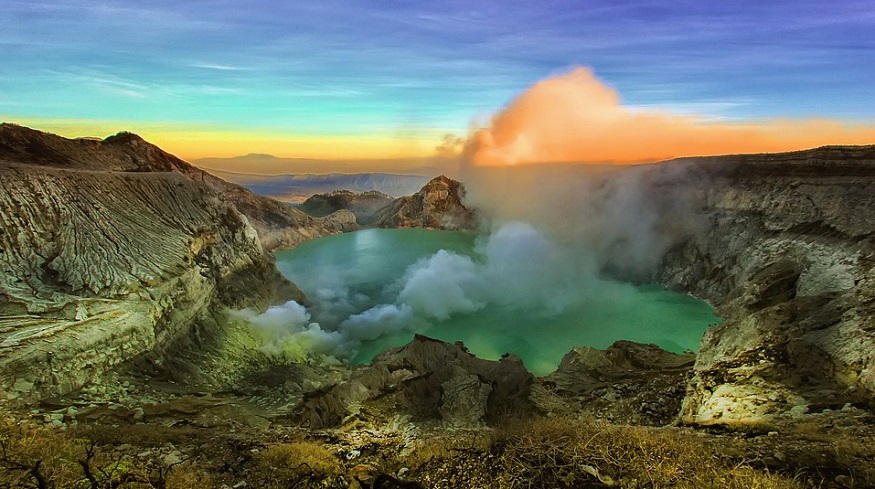 Mapping geological structures covered by water is now a possibility after a new geothermal drilling research discovery was made by an international team of researchers. This new method for locating possible drilling sites under water is an impressive step forward and could be revolutionary for the development of the geothermal renewable energy industry.

Locating an ideal place to drill has been one of the biggest challenges with geothermal power development.

Geothermal energy is an underground energy resource. This means that in order to tap into it, we need to dill into the earth. However, knowing the most ideal place to drill has been a challenge.

The reason is that water in rocks runs along permeable pathways. These pathways are the main target for drilling. Through micro-earthquake, borehole and core data, scientists have learned that the pathways are spatially linked, permeable structures, for example, faults or fractures in the rock. That being said, researches have struggled to fully exploit the geothermal potential of said structures because present techniques are lacking efficiency.

The new geothermal drilling research has been developed to help overcome this hurdle.

“In the future, our method will make it possible to map geological structures under water and draw conclusions about the inflow from surrounding layers,” says Maren Brehme, leader of the research team, EurekaAlert! reports.

Brehme is currently Assistant Professor at the TU Delft and previously a research scientist at the GFZ German Research Centre for Geosciences.

The geothermal drilling research can make fault zones and geyser-like holes in the lake floor.

Geothermal fields are commonly found near or below crater lakes in volcanic areas. The trouble is that these lakes can hide structures that are vital for geothermal power, Brehme says.

The new approach combines geochemical profiles with bathymetry measurements. Bathymetry is utilized to map fault zones and geyser-like holes in the lake floor, with its most significant feature being its echo sounder. Meanwhile, the geochemical profiles from data on temperature, density, salinity, and pH at diverse depths reveal areas in the lake with inflows from the surrounding geothermal reservoir.

By combining these two technologies, the geothermal drilling research makes it possible to distinguish between

permeable and non-permeable structures. As a result, it is possible to locate promising drilling location with greater precision.