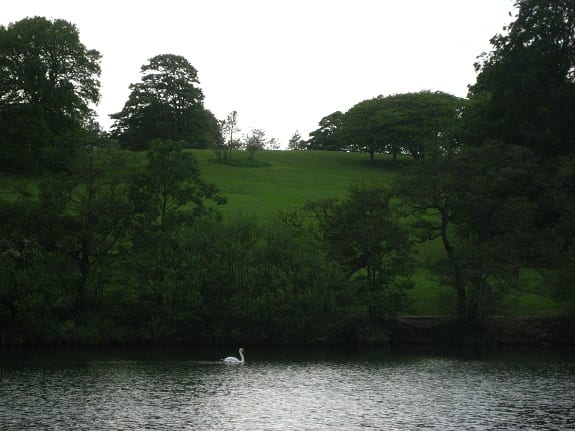 The heating and cooling of the 20,000 square foot maintenance building located in Illinois’ Glenview Park District, is regulated by geothermal energy via water from a nearby ten foot deep, one acre outdoor retention pond that irrigates the Park West’s many sports fields and sustains a year round temperature of 55 and 75 degrees Fahrenheit.

Water that is pumped into the building is regulated with energy exchangers.

These energy exchangers can cool or heat offices, garage areas and meeting areas. According to the district’s park and facility superintendent, Jim Warnstedt, “What we have here at Community Park West is certainly one of only a few in the Chicago area.” He added “This kind of energy technology started out in the western states, but now it’s somewhat more common in the Midwest.”

Warnstedt went on to explain that the reason for installing the green technology had nothing to do with cost and this is why the park district has not yet performed a study to determine the cost-efficiency of the system. When it was built in Community West Park back in 2010, the system only cost $28,000. “It’s just better for the environment, and that’s what people wanted,” he said.

Dan Andres, a heating and air-conditioning tradesman for Glenview Park District said that geothermal systems have gradually been receiving local attention. He commented that he knows of a heating/air conditioning shop located in Arlington Heights that specializes in this form of renewable energy, but it is not something you see very often.

Geothermal energy is not the only renewable energy source that is part of the district’s green initiatives.

For its Tyner Interpretive Center, solar panels and a green roof have been installed. In addition, there are outdoor cisterns for rainwater collection for field irrigation, native landscaping that needs little maintenance and irrigation, and bio swales grown with local vegetation to clean and filter water before it is absorbed into the ground.

Finally, aside from geothermal energy, the maintenance building is equipped with sensors that detect whether or not a room is occupied and will turn lights on, off or dim them accordingly. Furthermore, the toilets in the building have low-flow water fixtures and there are big windows in work areas, allowing natural sunlight to be used effectively.