Geothermal energy from Iceland could power homes in Europe 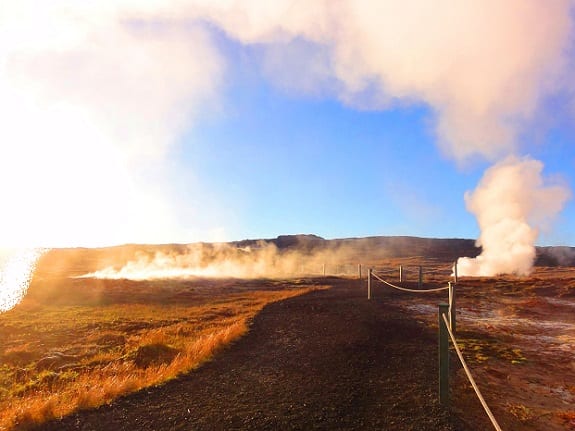 The north Atlantic island grows closer to being able to power homes with green energy via a power cable.

Iceland’s government and its national power company, Landsvirkjun, are researching if the country should move forward with their project to construct a 727 mile (1,170 kilometer) submarine cable that would hook up European homes into Iceland’s hydropower and geothermal energy reserves.

The green project would cost up to $2 billion.

To construct what Landsvirkjun says would be the longest power cable in the world, Iceland would require a bilateral deal with the United Kingdom and agreements in regard to the buying and selling of electricity would also need to be worked out. It is estimated that the cost of the project could be as high as €2 billion (roughly $2.7 billion).

Landsvirkjun generates over 70% of the country’s power. The company’s CEO, Hordur Arnarson commented that the more the project is considered, the greater the positive feedback it receives. “Over the past two years we’ve moved closer to this project becoming a reality,” Arnarson said.

Less than 40% of the country’s geothermal energy is utilized to generate power.

As Iceland recovers from the largest banking collapse Europe has seen this century, it is looking to expand its economy, which would be a positive step forward for the more than 300,000 inhabitants of the volcanic island.

In order for the project to be possible, Iceland would have to sell a minimum of 5 TWh (terawatt hours) through the cable. At present, the country generates 17 TWh of electricity. According to Landsvirkjun’s CEO, this amount could be doubled. Arnarson said that the “conditions are in place for Iceland to produce 30 to 35 terawatt hours, should that be the decision of the authorities.” He added that generating that amount of power “would still protect a great deal of areas that we want to preserve.”

It has been estimated by Iceland’s government that 75% of their renewable energy is underdeveloped. 73% of power production is the result of hydropower that comes from the country’s glaciers. The rest of the electricity is produced from geothermal energy.