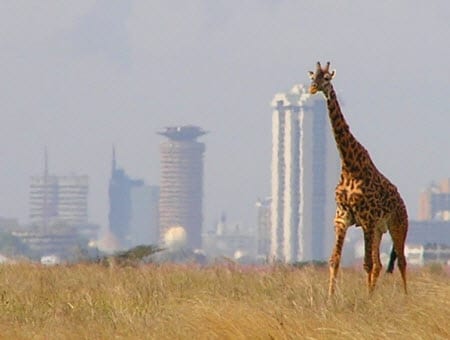 Kenya is looking for investors that would be interested in funding and constructing two power generation plants that would both be designed to produce 30 megawatts (MW) of electricity, which would come from geothermal energy.

Currently, Kenya’s energy production capacity is around 1,700 MW, but by 2017 its goal is to increase its national electricity grid by 5,000 MW. This would help to reduce tariffs and lower energy costs.

According to a Parliamentary Report that was viewed by Standard Digital News, Geothermal Development Company (GDC) has 59 geothermal energy wells in Olkaria and 22 wells in Menengai. The underground steam produced by the wells in Olkarai will be utilized for the 280 MW power facility that is scheduled to be up and running by the end of 2014. In Menengai where the green field was opened by GDC in 2010, 100 MW is set to be generated by the middle of next year.

“If you go to Menegai today, you will find that heavy infrastructural development is ongoing. We are constructing a steam gathering network to collect the steam to the power plants. Menengai will be the fastest developed field in the world to produce in just less than five years,” said Dr. Silas Simiyu, GDC’s managing director. He also mentioned that once the steam underground is converted into energy, it will save Kenya nearly Sh44 billion which is used for diesel imports.

GDC is a wholly state-owned company that was formed by the Government of Kenya for the purpose of fast tracking the country’s development of geothermal resources.

The winning firms will be expected to complete construction of the geothermal energy plants next year.

The GDC informed a local daily newspaper that the firms selected for the project will be expected to finance the facilities and finish building them by the end of 2015. Those who are selected will be given the option of entering into a power purchase agreement with Kenya Power.

Due to the expense of well drilling to reach the gas, high upfront costs are typically required when it comes to the development of geothermal energy facilities. That said, while the upfront costs may be high, in the long run, geothermal tends to be less expensive and more reliable compared to hydro generation and thermal power.